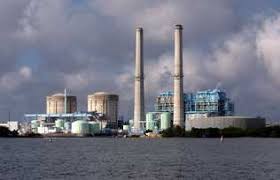 (This is what happens when I get busy trying to earn a living and don’t check the NRC Event Reports every day.)

Here’s a summary of some of the incidents reported to the Nuclear Regulatory Commission for the first three days of this week:

1. On Monday, the Turkey Point nuclear power plant notified the NRC that a non-licensed contract supervisor tested positive for illegal drugs in a random Fitness for Duty screening last Friday. The employee’s access to the plant has been terminated.

2. The Fort Calhoun nuclear power plant in Nebraska also canned a supervisor for a failed Fitness for Duty test that took place last Friday. Illegal drugs were again the problem.

3. The Kewaunee nuclear plant in Wisconsin notified the NRC on Monday that the Residual Heat Removal system for its Unit 1 reactor was declared inoperable on Friday due to a defective weld. The reactor was out of service at the time of the discovery of the bad weld.

4. On Monday, the Salem nuclear power plant in New Jersey declared an Emergency and scrammed the Unit 1 reactor following an erroneous fire report being received in the control room following a safety injection. The plant now believes that the injection “may have caused piping to shake resulting in dust near the fire detection equipment resulting in the invalid fire indication.”

5. And also on Monday, the Cook nuclear power plant in Michigan shut experienced an automatic shutdown of its Unit 2 reactor following a turbine trip. The cause of the shutdown is still under investigation.

By day, I work for a call center. In my spare time, I try to save my hometown (and planet) from a nearly constant onslaught of greedheads, lunatics and land developers. I live in a fictional town called Austin, Texas, where I go to way too many meetings.
View all posts by Robert Singleton →
This entry was posted in Cook, Drugs at work, Event Reports, Fort Calhoun, Kewaunee, Nuclear Regulatory Commission, Plant shutdowns, Reactor problems, Salem, Turkey Point and tagged Cook, drugs, Florida, Fort Calhoun, Kewaunee, Michigan, Nebraska, New Jersey, Nuclear Regulatory Commission, Salem, Turkey Point, Wisconsin. Bookmark the permalink.