Event Reports: Fire at Mississippi nuke, a supervisor on drugs at Florida facility and an Arkansas TV station issues an inaccurate emergency alert 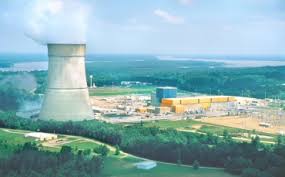 1. Yesterday evening, a fire broke out in ‘A’ Main Condensor at the Grand Gulf nuclear power plant in Mississippi. The on-site fire brigade was dispatched to fight the blaze and the area was evacuated. Because it took more than fifteen minutes to put out the fire, the plant was required to issue a Notice of Unusual Event. The fire brigade took slightly more than thirty minutes to put out the blaze, and the Unusual Event was terminated at 7 p.m. The plant’s sole reactor was shut down for refueling at the time of the incident. The cause of the fire is under investigation.

(If the square blue building in the center of the picture above looks familiar, it is once again a GE Mark 1 containment structure like the ones that failed at Fukushima. There are a couple of dozen of them in the United States.)

2. Earlier Wednesday, a non-licensed contract supervisor at the Turkey Point nuclear power plant in Florida tested positive for drugs in a random Fitness-for-Duty screening. The individual’s access to the plant has been terminated.

3. And on Wednesday afternoon, an emergency plan exercise at the Arkansas Nuclear power plant took an unexpected turn when a Little Rock television station ran the wrong message on its website. The message stated: “A site area emergency was declared Wednesday at Arkansas Nuclear One, Unit 1, today at 10:18 a.m. by Entergy Operations Inc. officials….”

By day, I work for a call center. In my spare time, I try to save my hometown (and planet) from a nearly constant onslaught of greedheads, lunatics and land developers. I live in a fictional town called Austin, Texas, where I go to way too many meetings.
View all posts by Robert Singleton →
This entry was posted in Arkansas Nuclear, Drugs at work, Entergy, Event Reports, Fire, Fitness for Duty, GE Mark I reactor, Grand Gulf, Nuclear Regulatory Commission, Turkey Point and tagged Arkansas Nuclear, Event Reports, fire, Fitness for Duty, Florida, Grand Gulf, Mississippi, nuclear power, Nuclear Regulatory Commission, Turkey Point, United States. Bookmark the permalink.

2 Responses to Event Reports: Fire at Mississippi nuke, a supervisor on drugs at Florida facility and an Arkansas TV station issues an inaccurate emergency alert