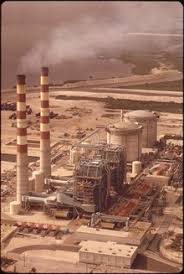 1. The NRC found that an electrical breaker fire last June at Nebraska’s Fort Calhoun nuclear power plant last June was a level “Red” event and constituted an incident of high safety significance. The NRC made the determination that the fire “affected multiple safety systems and consequently warrants actions to prevent recurrence.”

The Commission found that the fire “resulted in the loss of spent fuel pool cooling for approximately 90 minutes and could have resulted in the loss of a safety function or multiple failures in systems used to mitigate a severe accident, had one occurred.” The finding will result in increased NRC oversight at Fort Calhoun.

2. The Commission also informed the Catawba nuclear power plant today that they would begin a special inspection of the facility this week. The inspection is to “to assess the circumstances surrounding an event last Wednesday (April 4) that resulted in both of the plant’s units losing offsite power.” The inspection of the South Carolina facility should take several days, and the NRC plans to issue a report within 45 days of its completion.

3. And the NRC slapped the Turkey Point nuclear power plant with a fine of $140,000 for “failure to properly maintain the Turkey Point nuclear plant’s onsite emergency response facility.” The Commission cited Turkey Point’s “failure to report that the plant’s Technical Support Center was not fully functional during a seven-month period in 2010-2011.” The NRC leveled the fine because this was the second such incident at the plant. Florida Power and Light, Turkey Point’s owner, has 30 days to appeal the decision.

By day, I work for a call center. In my spare time, I try to save my hometown (and planet) from a nearly constant onslaught of greedheads, lunatics and land developers. I live in a fictional town called Austin, Texas, where I go to way too many meetings.
View all posts by Robert Singleton →
This entry was posted in Catawba, Fire, Fort Calhoun, Nuclear Regulatory Commission, Turkey Point and tagged Catawba, Florida, Fort Calhoun, Nebrasa, nuclear power, Nuclear Regulatory Commission, South Carolina, Turkey Point, United States. Bookmark the permalink.