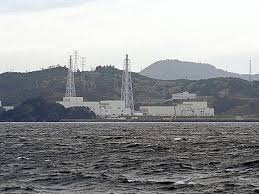 Buried in the coverage of the storm was the impact on the Onagawa nuclear power plant. As the UK newspaper The Guardian reported:

Plant workers manually restarted the cooling system after about 20 minutes, it said.

All three reactors at Onagawa were already shut down before the storm.

Some reports said that a similar offsite loss of power took place at a second Tohoku-owned nuclear power plant. I am unable to find out which plant at this time, but I hope to post an update later today.

Here’s a link to the Guardian article: http://www.telegraph.co.uk/news/worldnews/asia/japan/9184790/Four-killed-as-huge-storm-batters-northern-Japan.html

By day, I work for a call center. In my spare time, I try to save my hometown (and planet) from a nearly constant onslaught of greedheads, lunatics and land developers. I live in a fictional town called Austin, Texas, where I go to way too many meetings.
View all posts by Robert Singleton →
This entry was posted in Japan, Onagawa, Spent fuel pool and tagged Japan, nuclear power, Onagawa, spent fuel pool, storm. Bookmark the permalink.