Event Reports: Fires in South Carolina and Florida, a lightning strike in Mississippi and a reactor shutdown in Illinois 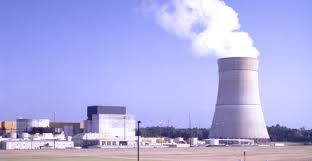 It was a busy Tuesday on the Nuclear Regulatory Commission’s Event Reports page:

1. Yesterday morning, a fire broke was reported in the Plant Vital Battery Room for Unit 2 at the Catawba nuclear power plant in South Carolina. The fire broke out in an electrical panel, and was extinguished by on-site personnel.

2. On Monday afternoon, the Turkey Point nuclear power plant in Florida declared an Unusual Event for a fire lasting more than 15 minutes in the controlled area. The fire was discovered on top of the Auxiliary Building Roof, coming from a one inch hydrogen supply header. The fire was extinguished after 45 minutes.

3. Monday evening, a lightning strike at the Grand Gulf nuclear power plant created a voltage transient which caused an autostart in one of the plant’s Emergency Diesel Generators. The voltage transient also knocked out the ‘A’ Control Room Air Conditioning (CRAC ‘A’)system. CRAC ‘B’ was out of service prior to the incident. CRAC ‘A’ had to be manually restarted. (The picture that leads off this post is of the Grand Gulf plant. If the containment building looks familiar, it’s because Grand Gulf uses the same General Electric containment building design as the ones that blew up at Fukushima Daiichi last year. Grand Gulf’s reactor is 27 years old and is licensed through 2022.)

4. And on Monday afternoon, operators at the Quad Cities nuclear power plant began a Technical Specification following the receipt of an Emergency Diesel Generator (EDG) Trouble Alarm. Investigators determined that a short had caused the Unit 1 EDG to start. That EDG was then declared out of service. At the time of the incident, the Unit 2 reactor was shut down for a refueling outage, and its diesel generator was tagged out of service. Unavailability of both diesel generators required putting Unit 1 in a Technical Specification shutdown.

By day, I work for a call center. In my spare time, I try to save my hometown (and planet) from a nearly constant onslaught of greedheads, lunatics and land developers. I live in a fictional town called Austin, Texas, where I go to way too many meetings.
View all posts by Robert Singleton →
This entry was posted in Catawba, Event Reports, Fire, GE Mark I reactor, Grand Gulf, Hydrogen leak, Nuclear Regulatory Commission, Quad Cities, Turkey Point and tagged Catawba, Grand Gulf, nuclear power, Nuclear Regulatory Commission, Quad Cities, Turkey Point, United States. Bookmark the permalink.

2 Responses to Event Reports: Fires in South Carolina and Florida, a lightning strike in Mississippi and a reactor shutdown in Illinois