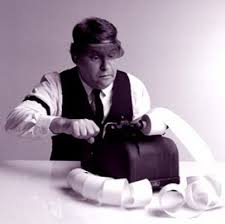 An in-depth article in this morning’s Tampa Bay Times lays out the case against building new nuclear power plants:

Building a nuclear plant is not the cheapest way to keep the lights on.

Not with such low natural gas prices. Not with fizzling political drive for carbon taxes. And not with soaring construction costs.

Don’t believe it? Some of the main players in the nuclear industry are already in retreat.

Even companies that still plan to build new reactors acknowledge that rising costs are a problem:

The company maintains that nuclear is “the best … option,” not necessarily the cheapest option.

At $10 billion, building a two-reactor nuclear plant like Levy competes on price with the equivalent natural gas plant. At $15 billion, natural gas wins the price battle. At $22.4 billion, it’s a rout.

That’s the upshot of forecasts from the nonpartisan federal Energy Information Administration and the Electric Power Research Institute, a nonprofit research organization funded by the energy industry.

In a sidebar accompanying the article, Harrington notes:

In its 2012 Energy Outlook, the U.S. Energy Information Administration raises doubt that enough new nuclear plants will be built to increase the country’s reliance on nuclear power for electricity. Rather, it shows natural gas and renewable energy leading the way in growth. Looking out to 2035, the EIA predicts*:

• Coal’s production share will drop by 6 percentage points (from 45 percent to 39 percent).

• Natural gas rises by 3 percentage points (from 24 percent to 27 percent).

• Renewables will rise 6 percentage points (from 10 percent to 16 percent).

• Nuclear will drop 2 percentage points (from 20 percent to 18 percent).

The article notes that even industry sources are worried about rising costs:

Even the decidedly pro-nuclear Nuclear Energy Institute is careful with how it describes which is cheaper.

“New nuclear plants can be competitive, even with total project costs exceeding” $13 billion for a two-reactor plant, the institute concluded in a report released in January. The report did not consider a $22.4 billion tab.

Looking ahead, the expected price of natural gas continues to argue against nuclear power:

Currently, natural gas prices hover below $2.50 per million British thermal units, having fallen steadily from above $4.50 a year ago. The federal government’s latest prediction is natural gas will stay under $7 for almost 25 years. That’s as far out as the government projects. Even some ardent nuclear advocates like Exelon say the price needs to climb north of $8 for nuclear construction to make financial sense.

It typically takes 18 to 24 months to build a natural gas plant. The nuclear timetable is long and not as reliable, as the Levy project illustrates.

Originally, Progress said the Levy plant would starting pumping out electricity in 2016. Now, Progress will only say that Levy’s first reactor is expected to come on line “beyond the estimated 2021 time frame” and the second unit 18 months later.

Here’s a link to the article: http://www.tampabay.com/news/business/energy/cost-of-nuclear-plants-raises-doubts-on-progress-energys-levy-county-plan/1221840

By day, I work for a call center. In my spare time, I try to save my hometown (and planet) from a nearly constant onslaught of greedheads, lunatics and land developers. I live in a fictional town called Austin, Texas, where I go to way too many meetings.
View all posts by Robert Singleton →
This entry was posted in Construction delays, Expansion, Finance, Loan guarantees, Nuclear Energy Institute, Nuclear Regulatory Commission, Nuclear Renaissance and tagged nuclear power, Nuclear renaissance, United States. Bookmark the permalink.