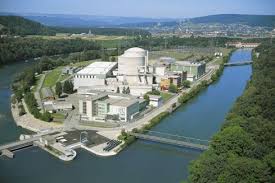 According to an Agence France-Presse story carried today in the Inquirer News:

A reactor at the world’s oldest functioning nuclear plant, in Beznau, Switzerland, has been temporarily shut down because of a problem with its main pump, its operator Axpo said late Friday.

The halt at the Block 2 reactor is expected to last several days.

Both reactors at Beznau use a percentage of mixed oxide fuel, a nuclear material that blends plutonium with either uranium, reprocessed uranium or depleted uranium.

Here’s a link to the Inquirer News article: http://newsinfo.inquirer.net/166659/faulty-swiss-nuclear-reactor-shut-down-for-repair

By day, I work for a call center. In my spare time, I try to save my hometown (and planet) from a nearly constant onslaught of greedheads, lunatics and land developers. I live in a fictional town called Austin, Texas, where I go to way too many meetings.
View all posts by Robert Singleton →
This entry was posted in Europe, Plant shutdowns, Reactor problems and tagged Beznau, nuclear power, Switzerland. Bookmark the permalink.