Posted on February 29, 2012 by Robert Singleton 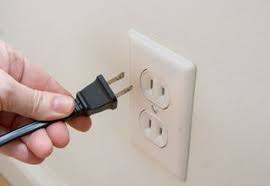 Yesterday afternoon, operators at the Byron nuclear power plant in Illinois declared an Unusual Event due to a malfunction in the switchyard that caused the Unit 2 reactor to lose offsite power. Emergency diesel generators started following the incident, and there is no indication that a reactor shutdown is planned.

This is the same reactor that lost offsite power on January 30 2012, resulting in a reactor scram and release of radioactive steam to the atmosphere.

By day, I work for a call center. In my spare time, I try to save my hometown (and planet) from a nearly constant onslaught of greedheads, lunatics and land developers. I live in a fictional town called Austin, Texas, where I go to way too many meetings.
View all posts by Robert Singleton →
This entry was posted in Byron, Event Reports, Exelon, Loss of offsite power, Nuclear Regulatory Commission and tagged Byron, Exelon, Illinois, loss of offsite power, Nuclear Regulatory Commission. Bookmark the permalink.