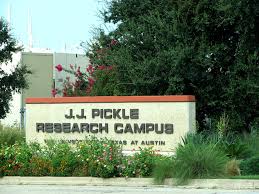 I live in Austin, Texas, about 15 miles from the University of Texas’ research reactor. (It used to be closer, but the University moved the little bugger from the main campus and set up shop in North Austin, right across the street from a major upscale shopping mall.) Today, the Nuclear Regulatory Commission’s Event Reports page contained an item about the UT reactor.

On January 27, the reactor was started and run up to 500 kilowatts. During the power increase to 500 KW, the fuel channel 2 indicator rose as the unit came to half power. However, a review of automated records show that the channel 1 indicator remained at 18 degrees Celsius. Once again, the operator in charge did not notice the variance between the two monitors.

Following the discovery of the variance during a records review, an inspection of the channel 1 monitor was conducted. According to the Event Report: “The output of the thermocouple at fuel temperature channel 1 … was noted to be erratic when the wires at the pool side terminal were moved. It was noted that the nylon braid insulation was frayed and the black electricians tape around the lead wire was degraded.”

The result was a short circuit, as a result of which a different temperature was being reported. According to the Event Report: “… the thermocouple junction being sensed by fuel temperature channel 1 was … ambient air temperature.”

The problem has now been fixed: “At this point, an alternate thermocouple has been connected to fuel temperature channel 1, resistance readings indicate no short circuits, and the laboratory Director is preparing a restart letter with compensatory measures to be implemented pending development of permanent corrective action.”

By day, I work for a call center. In my spare time, I try to save my hometown (and planet) from a nearly constant onslaught of greedheads, lunatics and land developers. I live in a fictional town called Austin, Texas, where I go to way too many meetings.
View all posts by Robert Singleton →
This entry was posted in Reactor problems, Research reactors, University of Texas and tagged nuclear power, research reactor, University of Texas. Bookmark the permalink.