Posted on January 3, 2012 by Robert Singleton 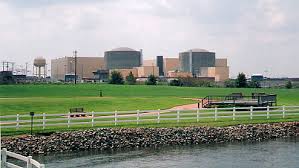 The McGuire nuclear power plant notified the NRC that it had apprehended an intruder early Sunday morning. According to the Event Report: “At approximately 0335 EST security observed an unauthorized individual climb over the owner controlled area fence. Site security responded and contacted local law enforcement. At 0406 EST, the site declared a Notice of Unusual Event. After turning the individual over to law enforcement and conducting a complete check of the area, the Unusual Event was terminated at 0502 EST.”

Maybe they need a bigger fence….

By day, I work for a call center. In my spare time, I try to save my hometown (and planet) from a nearly constant onslaught of greedheads, lunatics and land developers. I live in a fictional town called Austin, Texas, where I go to way too many meetings.
View all posts by Robert Singleton →
This entry was posted in Event Reports, McGuire, Nuclear Regulatory Commission, Security and tagged intruder, McGuire, North Carolina, nuclear power, Nuclear Regulatory Commission, United States. Bookmark the permalink.