Posted on December 16, 2011 by Robert Singleton 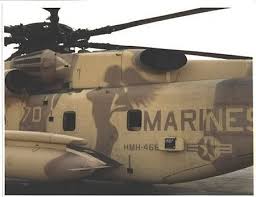 Some items from this morning’s NRC Event Reports:

1. An Aramark linen transport truck carrying used bedding from a Nevada hospital set off a radiation monitor in Truckee, California, last Friday. California Highway Patrol pulled over the vehicle and escorted it back to the border investigation station. The driver said that she was not transporting any radioactive materials and didn’t know why the California radiation monitor might have been tripped. CHP measured the radiation at .400 millirems per hour, which excceded the three-times background radiation level CHP uses for a stop.

CHP did not have the equipment necessary to determine what isotope was causing the excess radiation level, nor did they have the capability to unload and examine the contents of the trailer. Later that afternoon, CHP released the trailer to return to its point of origin, the Reknown South Meadows Medical Center in Reno, Nevada.

Back in Reno, a team from the Nevada Radiation Control Program (NRCP) unloaded the truck and determined that the source of the radiation was Technicium-99, probably from bedding soiled by a patient at the center. The hospital said that linen is not routinely scanned for radiation. The plastic bin containing the radioactive bedding has been moved to the center’s radioactive decay room for two to ten days to allow the radiation level to drop. NRCP and the hospital are now discussing procedure changes to prevent further incidents.

2. The Texas Department of Health notified the NRC today that a fire last Saturday at Pasadena Refinery Systems, Inc., had damaged two fixed nuclear gauges and possibly damaged two more. Each of the gauges contains Cesium-137 sources. Conditions in the plant were considered too unsafe for immediate entry. Arrangements have been made with the gauges’ manufacturer to remove and examine the sources once it is safe to do so.

3. Yesterday morning, the Catawba nuclear power plant in South Carolina began a technical specification shutdown for both reactors following the failure of a control room area chilled water system. Both reactors are at 0 per cent output as of this morning’s Reactor Status Reports.

4. The Navy reported to the NRC today that a helicopter on a training flight Tuesday night lost an integrated blade inspection system. The nature of the radioactive source in inspection system was not disclosed. The flight originated and ended at the Marine Corps Air Station Miramar near San Diego. Much of the flight was over the Pacific Ocean. An investigation into the incident is underway.

By day, I work for a call center. In my spare time, I try to save my hometown (and planet) from a nearly constant onslaught of greedheads, lunatics and land developers. I live in a fictional town called Austin, Texas, where I go to way too many meetings.
View all posts by Robert Singleton →
This entry was posted in Catawba, Event Reports, Fire, Nuclear Regulatory Commission, Plant shutdowns, Radiation leak, Radioactive waste and tagged Catawba, nuclear power, Nuclear Regulatory Commission, South Carolina, United States. Bookmark the permalink.