Posted on December 3, 2011 by Robert Singleton 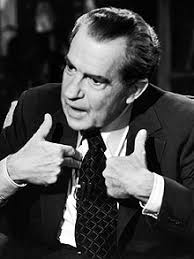 In the investigation of the Watergate breakin and coverup, Richard Nixon set a new standard for the minimum amount of acceptance of responsibility, when he acknowledged “Mistakes were made.” Tokyo Electric Power Co. (TEPCO) is not that forthcoming. As the Wall Street Journal reported today:

More than eight months after disaster struck at its Fukushima Daiichi nuclear plant, Tokyo Electric Power Co. said an internal investigation, its first public assessment of its handling of the crisis, found no evidence of significant errors in its response.

Even though TEPCO says it did everything right, the report acknowledges that, despite its perfect response, one or more of the reactors is still stubbornly refusing to cooperate and stop leaking:

… Tepco acknowledged it hasn’t yet resolved a fundamental problem: pinpointing the source of continued leaks of irradiated water from the plant. It also said it doesn’t know why radiation releases spiked four days into the crisis.

The report also suggests that TEPCO is not good at calculating the number of explosions that took place at its nuclear power plant on any given day:

… the utility retracted an earlier statement that an explosion took place in Unit 2 of the plant on March 15, the day of the radiation increase, removing one possible cause for the higher radiation levels. Tepco initially said there were two explosions on March 15, one believed to be inside the suppression chamber of Unit 2 and another near the rooftop of Unit 4.

The memorandum also makes clear that, while TEPCO did everything right after the earthquake, it can’t say the same for the period before the incident:

The report cited a lack of preparation for large tsunamis as the main culprit in Japan’s worst nuclear accident.

By day, I work for a call center. In my spare time, I try to save my hometown (and planet) from a nearly constant onslaught of greedheads, lunatics and land developers. I live in a fictional town called Austin, Texas, where I go to way too many meetings.
View all posts by Robert Singleton →
This entry was posted in Coolant leak, Earthquake, Electrical problems, Explosion, Fire, Flooding, Fukushima, GE Mark I reactor, Hydrogen leak, Loss of offsite power, Meltdown, Plant shutdowns, Radiation leak, Reactor problems, TEPCO, Tsunami and tagged fukushima, Japan, meltdown, nuclear power, TEPCO. Bookmark the permalink.