Posted on November 28, 2011 by Robert Singleton 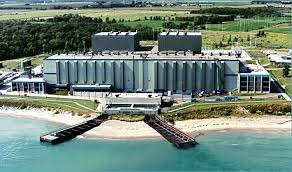 1. Friday afternoon, operators at the Cook nuclear power plant in Michigan manually started the Unit 1 Auxiliary Feedwater Pumps after one of the pumps suffered a bearing failure. According to the Event Report: “Operators were responding to increasing vibrations on the East Main Feedwater Pump and reducing turbine load when the East Main Feedwater Pump was manually tripped [at approximately 90% power] due to high vibrations.” The reactor is currently at 57 per cent output, according to this morning’s Reactor Status Report.

2. Early yesterday morning, the Unit 1 reactor at the Point Beach nuclear power plant in Wisconsin lost all off-site power to two electrical busses. Four of the unit’s Emergency Diesel Generators activated. It took technicians four-and-a-half hours to reconnect offsite power to the panels. The reactor was shut down at the time of the incident.

By day, I work for a call center. In my spare time, I try to save my hometown (and planet) from a nearly constant onslaught of greedheads, lunatics and land developers. I live in a fictional town called Austin, Texas, where I go to way too many meetings.
View all posts by Robert Singleton →
This entry was posted in Cook, Electrical problems, Event Reports, Loss of offsite power, Nuclear Regulatory Commission, Point Beach, Reactor problems and tagged Cook, event reports, loss of offsite power, Michigan, nuclear power, Nuclear Regulatory Commission, Point Beach, United States, Wisconsion. Bookmark the permalink.