Posted on November 21, 2011 by Robert Singleton 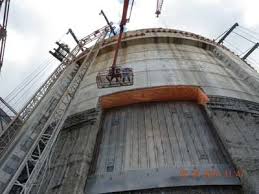 On July 26, monitors detected something amiss in the already crippled building that shields the reactor at Progress Energy’s nuclear plant. The pile of shattered concrete outside meant the utility faced a new problem.

The building was still falling apart — a development Progress was in no hurry to reveal to state regulators.

The incident marked the third time since 2009 that the containment building at the Crystal River plant had suffered major structural damage.

Within the nuclear power industry, Progress’ fumbling efforts to fix the plant raise crucial questions: Can the building be safely repaired? Or, as critics maintain, should it be torn down and replaced?

On Aug. 8, Progress gave an update on the situation at Crystal River to Florida’s Public Service Commission, which is reviewing how much, if any, of the charges related to the repair can be passed on to customers.

Progress made no mention of a possible third crack.

Yet, on the same day, Progress filed its annual report to the U.S. Securities and Exchange Commission. In that report, the utility said “additional cracking or delaminations may have occurred or could occur during the repair process.”

Staff of the Public Service Commission did not hear about the third crack until Oct. 18, when a Progress engineer, John Holliday, made passing reference to it in a deposition. He was asked about his role in the Crystal River repair after the first crack shut down the plant in 2009.

“We’ve had two more” cracks, Holliday said. “Both of those (cracks) are larger” than the first.

Progress did not make written notification of the third crack to the PSC until last week, one day after the St. Petersburg Times asked the utility about the incident.

Whether or not Progress attempts to repair the existing structure or replace it, the costs will be passed on to Florida consumers. As the Times reported:

The construction cost of a brand new building might be about the same as repairing the old one. But replacing the building entirely could further delay restarting the plant. Each year the plant is offline currently costs at least $300 million to replace the cheap electricity the nuclear plant used to generate.

As it stands, Progress customers are paying some of that cost in their monthly bills. The price tag for customers’ part of the fuel bill so far: $670 million.

By day, I work for a call center. In my spare time, I try to save my hometown (and planet) from a nearly constant onslaught of greedheads, lunatics and land developers. I live in a fictional town called Austin, Texas, where I go to way too many meetings.
View all posts by Robert Singleton →
This entry was posted in Crystal River, Nuclear Regulatory Commission, Plant shutdowns, Uncategorized and tagged Crystal River, Florida, nuclear power, Nuclear Regulatory Commission, Progress Energy, United States. Bookmark the permalink.