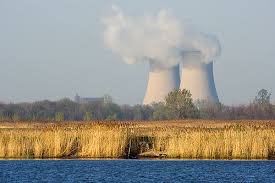 1. On Thursday afternoon, a security officer at the Fermi nuclear power plant in Michigan shot himself in the foot. The officer was clearing his weapon following his shift when the gun discharged. The officer was transported to a local hospital.

2. Wednesday evening, a technician at the Oconee nuclear power plant in South Carolina tested positive for alcohol during a random Fitness for Duty screening. The employee’s plant access has been terminated.

3. Also Wednesday, the Global Nuclear Fuel uranium enrichment facility in North Carolina discovered that one of their uranium handling procedures did not meet the double contingency requirements specified in the plant’s license requirements. The regulations require a minimum distance between five gallon cans of uranium being stored on the site. An internal review said that one of the two contingency requirements was not being met.

The dual requirements are designed to prevent storing of uranium under situations that might allow the fuel to achieve criticality, that is, a sustained reaction that could lead to meltdown of the fuel and the release of radiation. Such an accident is more than a theoretical concern in fuel processing. On September 30, 1999, a criticality accident at a fuel processing facility in Tokaimura, Japan, killed two workers and exposed another 667 workers to excess radiation.

By day, I work for a call center. In my spare time, I try to save my hometown (and planet) from a nearly constant onslaught of greedheads, lunatics and land developers. I live in a fictional town called Austin, Texas, where I go to way too many meetings.
View all posts by Robert Singleton →
This entry was posted in Event Reports, Fitness for Duty, Fuel enrichment, Nuclear Regulatory Commission, Security and tagged event reports, Fermi, Michigan, Nuclear Regulatory Commission, Oconee, South Carolina, United States. Bookmark the permalink.

1 Response to Event Reports: Security officer shoots self in foot at Michigan nuke