NRC to make decision on new reactor design on Nov. 1 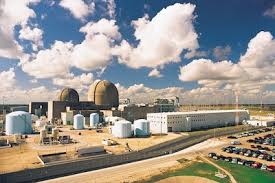 U.S. nuclear regulators said on Wednesday they would announce on Nov. 1 their decision whetherto approve a new version of the Advanced Boiling Water Reactor design proposed by the South Texas nuclear power project.

Once the Nuclear Regulatory Commission certifies the amended ABWR design, nuclear developers can use it in proposed reactor projects.

The decision on the design change looked to have becoe moot after NRG decided to withdraw from the expansion project at South Texas nuclear:

NRG Energy , the lead partner in South Texas Project Nuclear Operating Co, which applied for the ABWR amendment, stopped investing in the new reactor project in April 2011, but the NRC has continued with the certification.

Two other companies have an interest in the ABWR design certification:

General Electric and partner Hitachi … also applied with the NRC in late 2010 to extend the original ABWR design certification for another 15 years beyond June 2012, when it expires. That application also includes a design update to reflect NRC requirements for an aircraft impact assessment.

By day, I work for a call center. In my spare time, I try to save my hometown (and planet) from a nearly constant onslaught of greedheads, lunatics and land developers. I live in a fictional town called Austin, Texas, where I go to way too many meetings.
View all posts by Robert Singleton →
This entry was posted in ABWRs, Expansion, Finance, Loan guarantees, Nuclear Regulatory Commission and tagged advanced boiling water reactors, General Electric, NRG, nuclear power, Nuclear Regulatory Commission, South Texas Project, Toshiba, United States. Bookmark the permalink.