Posted on October 7, 2011 by Robert Singleton 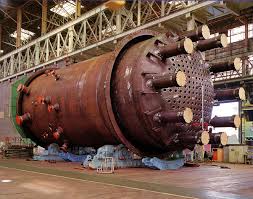 Proponents of advanced boiling water reactors (ABWRs) are quick to point to the operational record of the world’s existing nuclear reactors in Japan. South Texas Nuclear Project has ordered two ABWRs from Toshiba as part of the plant’s planned expansion.

Today, World Nuclear News reported that Hitachi, which co-developed the ABWR with Toshiba, has reached a settlement with Chubu Electric over design defects that shut down Chubu’s Hamaoka 5 reactor for an extended period of time:

Compensation for Chubu Electric Power Company after a steam turbine failure is to cost Hitachi some ¥90 billion ($1.17 billion).

The sum will make up for the power that Chubu would have generated from June 2006 until February 2007 while repairs were made to Hamaoka 5.

Problems with Hamaoka 5 began with startup:

The new Advanced Boiling Water Reactor was in commissioning when vibrations were detected in its low-pressure turbine supplied by Hitachi.

A flashback in the flow of steam led to turbulence and vibration stress that damaged large late-stage turbine blades. In total, some 662 of 840 blades in three low-pressure turbines suffered fractures and cracks in the forks that held them to the central rotor. Part of one blade detached, causing yet more damage.

By day, I work for a call center. In my spare time, I try to save my hometown (and planet) from a nearly constant onslaught of greedheads, lunatics and land developers. I live in a fictional town called Austin, Texas, where I go to way too many meetings.
View all posts by Robert Singleton →
This entry was posted in ABWRs, Japan, Plant shutdowns, Reactor problems, South Texas Project and tagged advanced boiling water reactors, Hamaoka, Hitachi, Japan, nuclear power, South Texas Project, Toshiba. Bookmark the permalink.