Posted on September 30, 2011 by Robert Singleton 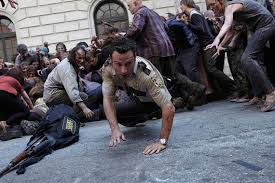 Tokyo Electric Power Co., which faces damages of at least 4.5 trillion yen ($59 billion) for the Fukushima nuclear disaster, may be consigned to a future as a “zombie company” requiring constant government funding.

The estimate is contained in a report from a panel reviewing finances at the Japanese utility known as Tepco, the Yomiuri newspaper said today. The government is trying to avert the bankruptcy of a company that supplies power to 29 million customers as it pays for the worst nuclear disaster in 25 years.

“Significant financial resources for compensation can be extracted if they liquidate Tepco,” Yoshimi Watanabe, the head of Japan’s opposition Your Party, said in an interview. “The government isn’t doing this. It’s simply writing a check for the compensation body, to be funded by higher electricity bills and taxes. Tepco will ultimately be a zombie company.”

The term zombie company is a throwback to the 1990s when the Japan’s asset bubble burst and large corporations avoided bankruptcy by being kept alive with loans from banks that also held their stock. Tepco, which has reported losses of 1.8 trillion yen, must also find funds to pay for decommissioning and clean up costs after the March earthquake and tsunami caused three reactor meltdowns at its Fukushima Dai-Ichi plant.

The oversight panel is due to present its report next week to the Cabinet of Prime Minister Yoshihiko Noda and the findings will form the basis of a plan to be drafted by Tepco and the Nuclear Damage Compensation Facilitation Corp. The body opened its offices on Sept. 26 after being created by an act of parliament in August with 2 trillion yen of funds.

By day, I work for a call center. In my spare time, I try to save my hometown (and planet) from a nearly constant onslaught of greedheads, lunatics and land developers. I live in a fictional town called Austin, Texas, where I go to way too many meetings.
View all posts by Robert Singleton →
This entry was posted in Earthquake, Fukushima, Japan, Plant shutdowns, Radiation leak, Reactor problems and tagged Japan, nuclear power, TEPCO, zombie. Bookmark the permalink.