This just in: 5.6 earthquake shakes Fukushima

Posted on September 29, 2011 by Robert Singleton 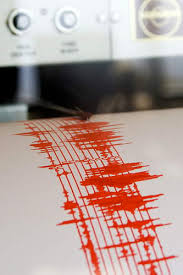 A strong earthquake has rocked northeastern Japan, which is still recovering from the devastating tsunami six months ago.

The quake Thursday had a preliminary magnitude of 5.6. There were no immediate reports of damage and no tsunami warning was issued.

The earthquake was centered off Fukushima, which was severely hit by the quake and tsunami in March that left more than 21,000 people dead or missing. Fukushima is about 150 miles (240 kilometers) northeast of Tokyo.

The March disaster touched off the worst nuclear crisis since Chernobyl, generating meltdowns, fires and explosions at the Fukushima Dai-ichi nuclear facility.

The plant’s operator said there were no signs of abnormalities at the plant from the quake on Thursday.

By day, I work for a call center. In my spare time, I try to save my hometown (and planet) from a nearly constant onslaught of greedheads, lunatics and land developers. I live in a fictional town called Austin, Texas, where I go to way too many meetings.
View all posts by Robert Singleton →
This entry was posted in Earthquake, Fukushima, Japan and tagged earthquake, fukushima, Japan, nuclear power. Bookmark the permalink.