Posted on September 25, 2011 by Robert Singleton 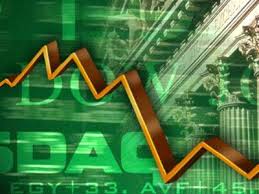 The Augusta Chronicle ran an article today on the continuing risk to investors when backing new nuclear reactors:

A study released this month by the Texas Institute found a 70 percent certainty that the utility would see its borrowing costs rise because of the downgrading of its credit rating once construction began. The study tracked the experience of 52 investor-owned utilities that built nuclear power plants from 1960 to the present.

Between the ’60s and early ’80s, the flurry of plant construction was marred by massive cost overruns and electric-rate increases. Twelve percent of the utilities defaulted on their debts.

The financial costs were so great that no utility was willing to launch a new project, and half of those approved by regulators were scrapped by utilities themselves over cost concerns.

The study also outlined the extent of financial risk and summarized some of the reasons:

The study found that investors who bought bonds sold to finance plants from utilities that defaulted lost an average of $1.15 for every $1,000 invested.

What triggered the defaults was the refusal of state regulators to allow all of the cost overruns to be passed along to customers and the exceptionally high interest rates companies had to pay to cover those costs, the study showed.

For example, the Georgia Public Service Commis­sion disallowed $900 million of the costs for Plant Vogtle’s first two reactors – and that was after the company had already agreed to swallow $1.3 billion of its overrun.

The Chronicle article also carried a warning about changes to NRC procedures:

One source of the escalating costs in the first round of construction was a series of safety-related design changes ordered by the NRC. To avoid repeating that, the new permits will prohibit regulators from altering a design once it’s approved.

By day, I work for a call center. In my spare time, I try to save my hometown (and planet) from a nearly constant onslaught of greedheads, lunatics and land developers. I live in a fictional town called Austin, Texas, where I go to way too many meetings.
View all posts by Robert Singleton →
This entry was posted in Expansion, Finance, Loan guarantees, Nuclear Regulatory Commission and tagged finance, loan guarantees, nuclear power, United States. Bookmark the permalink.