Posted on September 21, 2011 by Robert Singleton 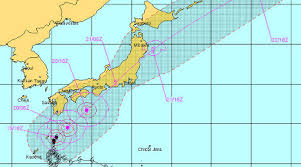 As Typhoon Roke batters Tokyo, officials at the crippled Fukushima nuclear plant are making preparations for the storm’s arrival. As Agence France-Presse reported this morning:

Typhoon Roke’s projected course was to take it near the damaged Fukushima Dai-ichi nuclear power plant, where a small amount of radiation is still leaking after three of its reactors melted down when the tsunami cut off power to the plant and its back-up generators.

Takeo Iwamoto, spokesman for Tokyo Electric Power Co, the utility that operates the plant, said the cooling system for the reactors, crucial to keeping them under control, will not be endangered by the typhoon.

He said some construction work around the plant was cancelled and utmost efforts were under way to prevent leaks of radioactive water and other material from the typhoon.

By day, I work for a call center. In my spare time, I try to save my hometown (and planet) from a nearly constant onslaught of greedheads, lunatics and land developers. I live in a fictional town called Austin, Texas, where I go to way too many meetings.
View all posts by Robert Singleton →
This entry was posted in Hurricane, Japan, Radiation leak, Reactor problems and tagged fukushima, Japan, nuclear power, Typhoon Roke. Bookmark the permalink.