There ARE reactors at Marcoule

Posted on September 12, 2011 by Robert Singleton 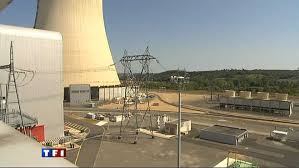 Something you always have to watch out for in Nuke Speak is the carefully crafted half-truth. Much that has been said this morning about the explosion at Marcoule has said that there are no nuclear reactors at the site. What they meant was that there are no COMMERCIAL nuclear power plants there. The CBC reported:

The Marcoule site does not house any nuclear power reactors. It is involved with the decommissioning of nuclear facilities, and operates a pressurized water reactor used to produce tritium.

And, this just in: Marcoule was the site of the Phenix fast-breeder reactor, which produced not only electricity, but also plutonium. The Phenix reactor ceased operations Feb. 1, 2010.

By day, I work for a call center. In my spare time, I try to save my hometown (and planet) from a nearly constant onslaught of greedheads, lunatics and land developers. I live in a fictional town called Austin, Texas, where I go to way too many meetings.
View all posts by Robert Singleton →
This entry was posted in Centraco, Explosion, Marcoule, Nuclear waste, Radiation leak, Radioactive waste, reprocessing, Worker fatality and tagged Centraco, explosion, fatality, France, Marcoule, nuclear power. Bookmark the permalink.