Posted on September 12, 2011 by Robert Singleton 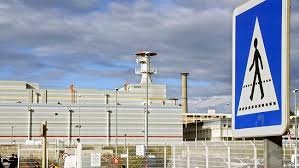 Earlier today, there was an explosion at the Marcoule nuclear facility in southern France. As the Los Angeles Times reported within the last hour:

At least one person was killed and four injured when a furnace exploded Monday at the Marcoule nuclear waste treatment site in southern France. Authorites say there was no radioactive leakage to the outside.

Evangelia Petit of the Agency for Nuclear Safety confirmed the explosion but declined to provide further details, according to the Associated Press.

The Marcoule nuclear plant is located in Langedoc Roussillon, in southern France, near the Mediterranean Sea.

The site of the blast does not reportedly contain any nuclear reactors. The ANS said that the furnace that exploded is used to break down waste that contains varying levels of radioactivity.

The cause of the blast was not known.

Reports vary about the dangers of radioactive release. More when it’s available.

By day, I work for a call center. In my spare time, I try to save my hometown (and planet) from a nearly constant onslaught of greedheads, lunatics and land developers. I live in a fictional town called Austin, Texas, where I go to way too many meetings.
View all posts by Robert Singleton →
This entry was posted in Explosion, Marcoule, Nuclear waste, Radiation leak, Radioactive waste, reprocessing, Worker fatality and tagged explosion, fatality, France, Marcoule, nuclear power, reprocessing. Bookmark the permalink.