Posted on September 7, 2011 by Robert Singleton 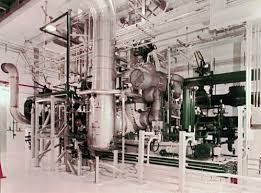 1. During surveillance testing yesterday, a portion of the High Pressure Core Injection (HPCI) system failed at the Fermi Unit 2 reactor in Michigan. The control room position indication was lost for the HPCI Minimum Flow Valve. Subsequent investigation showed that the main power fuses for the valve had blown. Following replacement of the fuses, “control room position indication was again lost when the operator depressed the open pushbutton.” The failure was reported “as a condition that at the time of discovery could have prevented the fulfillment of a safety function needed to mitigate the consequences of an accident….”

By day, I work for a call center. In my spare time, I try to save my hometown (and planet) from a nearly constant onslaught of greedheads, lunatics and land developers. I live in a fictional town called Austin, Texas, where I go to way too many meetings.
View all posts by Robert Singleton →
This entry was posted in Event Reports, Nuclear Regulatory Commission, Reactor problems and tagged event reports, Fermi, Michigan, nuclear power, United States. Bookmark the permalink.