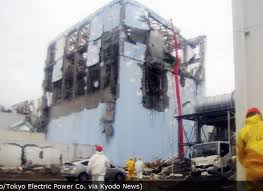 Tokyo Electric Power (TEPCO) held a press conference in Japan on Sunday, and confirmed that it is likely that the Unit 2 & 3 reactors suffered at least a partial meltdown and breach of the reactor vessel following the March 11 earthquake and tsunami. This followed a press conference last Thursday, where TEPCO officials said that Unit 1 had in all likelihood melted down and breached containment. The conclusion that containment vessel breaches occurred is based on there being significantly less water in any of the three reactors than TEPCO expected.

TEPCO said that robots measured radiation readings of 1,000 to 2,000 millisieverts in parts of the Unit 1 reactor building last week, which is consistent with a breach to the containment vessel.

Tepco separately released its analysis on the timeline of the meltdown at unit No. 1. According to the analysis, the reactor core, or the nuclear fuel, was exposed to the air within five hours after the plant was struck by the earthquake. The temperature inside the core reached 2,800 degrees Celsius in six hours, causing the fuel pellets to melt away rapidly.

Within 16 hours, the reactor core melted, dropped to the bottom of the pressure vessel and created a hole there.

TEPCO also said than an analysis of the Unit 4 reactor data may explain the hydrogen explosion in that building, where the reactor was already shut down when the earthquake struck:

According to Tepco, hyrogen produced in the overheating of the reactor core at unit 3 flowed through a gas-treatment line and entered unit No. 4 because of a breakdown of valves. Hydrogen leaked from ducts in the second, third and fourth floors of the reactor building at unit No. 4 and ignited a massive explosion.

By day, I work for a call center. In my spare time, I try to save my hometown (and planet) from a nearly constant onslaught of greedheads, lunatics and land developers. I live in a fictional town called Austin, Texas, where I go to way too many meetings.
View all posts by Robert Singleton →
This entry was posted in Japan, Radiation leak, Reactor problems and tagged fukushima, Japan, meltdown, nuclear power. Bookmark the permalink.