Leak to atmosphere at Tsuruga nuclear 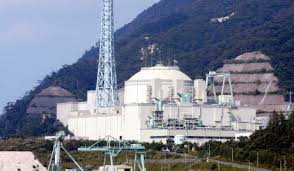 A small amount of radioactive gas leaked from a nuclear power plant in Tsuruga, Fukui Prefecture, but there is no impact on the surrounding environment, the plant’s operator Japan Atomic Power Co. said Monday.

The trouble broke out at the plant’s No. 2 reactor which was manually halted Sunday as the level of radioactive substances in the primary coolant water increased, the operator said.

A radiation monitor showed the slight increase of the radioactive gas in emissions from the reactor building later in the day during work to lower the radiation level in the coolant water, it said.

The radiation level returned to normal soon after the valves of devices and pipes concerned were closed, the operator said, adding it is examining the cause of the leak closely.

By day, I work for a call center. In my spare time, I try to save my hometown (and planet) from a nearly constant onslaught of greedheads, lunatics and land developers. I live in a fictional town called Austin, Texas, where I go to way too many meetings.
View all posts by Robert Singleton →
This entry was posted in Japan, Radiation leak, Reactor problems and tagged Japan, nuclear power, radiation leak, Tsuruga. Bookmark the permalink.