Plutonium found in soil at Fukushima 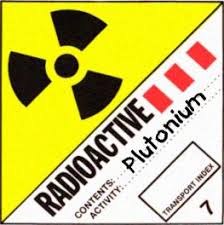 Reuters reported  in the last half-hour:

Plutonium found in soil around the crippled Fukushima nuclear complex added to mounting problems on Tuesday in Japan’s battle to contain the world’s worst atomic crisis since Chernobyl.

Plant operator Tokyo Electric Power Co (TEPCO) said the radioactive material, which is used in nuclear bombs, was traced in soil at five locations at the plant, hit by an earthquake and tsunami on March 11.

By day, I work for a call center. In my spare time, I try to save my hometown (and planet) from a nearly constant onslaught of greedheads, lunatics and land developers. I live in a fictional town called Austin, Texas, where I go to way too many meetings.
View all posts by Robert Singleton →
This entry was posted in Japan, Radiation leak, Reactor problems and tagged fukushima, Japan, nuclear power, plutonium. Bookmark the permalink.