Time for a moratorium on new reactors 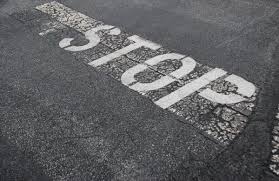 (Due to an accidental deletion of five days’ worth of posts, I’m trying to reconstruct some of what I posted during that time. All I wanted to do was empty my mailbox, not throw out most of what I’d written. Just shows you that complicated systems are always subject to human error. Draw your own conclusions for the implications for nuclear power.)

After two-and-a-half days of the bad news from Fukushima and the other damaged Japanese reactors, I’m trying to back away from the news and spend some time thinking about what this all means.

Even had the earthquake and tsunami not affected Japan’s nuclear power plants, this event would have been a disaster of epic proportions. With 9,500 people unaccounted for in one city alone, we need to fully support international efforts to find survivors and provide food and shelter for the hundreds of thousands of people whose lives have been turned upside down by the earthquake.

That said, and with the realization that the Japanese nuclear power crisis is ongoing and not yet completely understood, it’s time to take some common sense measures to prevent potential future nuclear disasters.

The chances are low of a 9.0 earthquake hitting the United States. However, the earthquake was not the only problem in the failure of the Japanese nuclear plants. The real problem, which the earthquake and tsunami revealed, is that nuclear power plants are dependent on safety systems that assume that offsite power will be available in the event of an emergency.

Nuclear reactors require constant cooling, even when the units are shut down and not producing power. If offsite power is not available, nuclear plants rely on emergency diesel generators to continue pumping cooling water to remove decay heat.

In the case of the Fukushima Unit 1 reactor, water from the tsunami flooded the emergency diesel generators, taking them out of service. This required the plant’s operators to rely on battery power to run the circulation pumps. Unfortunately, the batteries only have the ability to run the cooling system for about eight hours. Fukushima tried to fly in additional batteries while they attempted to rig outside power for the pumps.

Unfortunately the batteries failed and the electrical grid was severely under capacity as a result of the earthquake. Over 13,000 megawatts of electricity were knocked offline by the earthquake.

While the same scenario that is bringing the threat of total meltdown to Japan’s reactors is unlikely in the United States, there are a number of disasters, both natural and man-made, that could endanger U.S. nuclear facilities. Hurricanes, tornadoes, floods, wildfires and intentional acts of sabotage or terrorism all have the ability to disrupt emergency diesel generators and take out offsite power.

The other major need for continuous power at a nuclear facility is to provide circulating water for the spent fuel pool, where reactors store used, highly radioactive fuel rods. If offsite power is not available, the spent fuel begins to heat up and evaporate water in the pool. In the event of a loss of power incident, the clock is definitely running: If the water level in a spent fuel pool drops and the fuel is exposed to air, it will continue to heat up, and will begin to burn in at little as four hours, releasing massive amounts of radiation.

While we still don’t know what the final outcome will be in attempting to prevent the Japanese nuclear plants from melting down, there is a common sense measure that the United States can take in order to prevent a similar disaster: The U.S. Nuclear Regulatory Commission (NRC) should announce an immediate moratorium on approving licenses for new reactors, as well as putting on hold the license renewals for older reactors.

In Texas, we face both problems. The NRC is currently considering applications for two new reactors at Comanche Peak and two at the South Texas Nuclear Project (STNP), and a twenty-year license extension for the two existing STNP reactors. The two existing reactors are approximately the same age and the same type as the malfunction Japanese ones.

How would a moratorium work? I’d like to see the NRC announce that it will not issue any new licenses or license extensions until it has a chance to thoroughly analyze what went wrong with the Japanese nuclear plants, and then initiate a comprehensive site-specific study to assess the impact and likelihood of a loss of power accident at the nation’s 104 operating nuclear reactors. Further, all new applications need to be subject to the same site-specific assessment.

The NRC used to undertake analysis of the lives that would be lost and the cancer cases that would likely result from a serious accident, such as a meltdown. Their 1982 CRAC 2 study found that 18,000 early deaths would occur with an accident at the STNP site, and thousands of cancers would result. In recent years, these studies have not been updated, as NRC instead focused cheerleading for new reactors.

The NRC has the authority to delay approval of new applications and license extensions. It has a statutory duty to make sure that all applications meet safety standards, and delays due to requests for additional information are common.

The Nuclear Regulatory Commission needs to take the necessary time and exercise due diligence to gather and consider information about what happened in Japan before further consideration of new reactor licenses or extensions of existing reactor licenses.

By day, I work for a call center. In my spare time, I try to save my hometown (and planet) from a nearly constant onslaught of greedheads, lunatics and land developers. I live in a fictional town called Austin, Texas, where I go to way too many meetings.
View all posts by Robert Singleton →
This entry was posted in ABWRs, Japan, License extension, Radiation leak, Reactor problems and tagged moratorium, nuclear power, Nuclear Regulatory Commission, South Texas Project. Bookmark the permalink.