For the first time since Gallup first asked the question in 1994, a majority of Americans say they oppose nuclear energy. The 54% opposing it is up significantly from 43% a year ago, while the 44% who favor using nuclear energy is down from 51%.

Gallup found that support for nuclear power declined among Democrats and Republicans:

Yesterday afternoon, an explosion and fire took place in the Unit 1 transformer at the Oconee Nuclear Station near Seneca, South Carolina. The reactor shut itself  down as a result of the incident. According to a report filed today with the Nuclear Regulatory Commission, Oconee asked for additional assistance for its on-site fire brigade, with three nearby units responding.

Initially, the incident caused plant operators to declare an Unusual Event, the lowest level of emergency under NRC guidelines. However, following the discovery of damage to overhead cables that provide power to all three reactors at the facility, the emergency level was raised to an Alert.

Almost two hours after the initial explosion, the fire was declared out. Three hours after that, the emergency declaration was lifted. The cause of the transformer explosion is still under investigation. 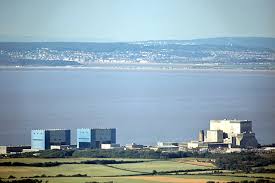 The chief financial officer of French energy giant EDF, Thomas Piquemal, has resigned over a disagreement about the feasibility of an ambitious project to build Britain’s first new nuclear power plant in decades, a source close to the matter told AFP on Sunday, confirming a Bloomberg report.

“The chief financial officer presented his resignation last week to Jean-Bernard Levy (CEO) because of a disagreement over Hinkley Point,” the source said.

Construction estimates for the two new reactors have reached a staggering 18 billion pounds, which translates to 25 billion dollars.

Event Reports: A scram, a radiation release at a recycling center and yet another drunk supervisor 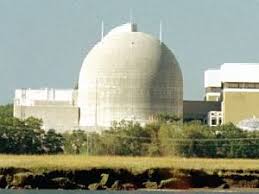 Just a few items from this week’s Event Reports at the Nuclear Regulatory Commission website: 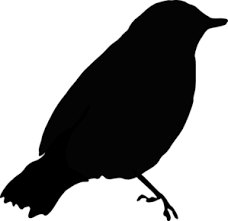 I now that this site has been silent for several months now, but I couldn’t think of a better way to begin again.

Bird droppings are likely to blame for the brief shutdown of one of the Indian Point Energy Center’s reactors last December, according to the nuclear plant’s owner.

Yet another nail in the coffin for the argument that nuclear power plants are more reliable than other forms of power generation,

Coming soon to a railroad near you: The Plutonium Express 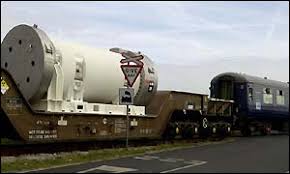 There are these two holes in the ground, one in West Texas and one in eastern New Mexico, and the owners are fighting over who can bury the worst radioactive nightmares imaginable. The problem is that every imaginable route to the Waste Control Specialists (WCS) site and the Waste Isolation Pilot Plant(WIPP) runs through somebody’s backyard, usually mine.
The Nuclear Energy Institute, which never met a piece of glowing garbage that it didn’t like, reposted an article today on its NEI SmartBrief from yesterday’s Carlsbad Current-Argus. The Current-Argus article outlines perhaps the most frightening project yet for WIPP:
The likelihood that the Department of Energy might use the Waste Isolation Pilot Plant in Carlsbad to dispose of surplus weapons plutonium increased this past week.A report that provided a cost estimate of a “federal mixed oxide nuclear program” from the Department of Energy was released Saturday. The report indicates that the DOE is considering using WIPP as a lower cost alternative to the oxide nuclear program. The mixed oxide nuclear program, or MOX, is intended to convert plutonium from surplus nuclear weapons into commercial nuclear fuel.It appears that the plan is not to store and process plutonium at WIPP, but to keep it forever. The Current-Argus reported that the changes to the MOXX program were outlined in a report to Congress:The report was required by the Omnibus spending bill passed by Congress in mid-December to review the costs of two plutonium disposition options.

It states that a cost-effective alternative to the MOX program would be down-blending the surplus weapons plutonium and having it packaged for final disposal at WIPP.

One small detour — WIPP is still recovering from an accident last year:

To send plutonium for disposal at WIPP, the repository would first have to be reopened fully. The facility has been closed since February 2014 after a salt truck fire and radiological release forced a shutdown.

Something that I had been blocking from my memory is that WIPP already stores some plutonium on site. Tom Clements is the director of the environmental group Savannah River Site Watch:

“Savannah has shipped some plutonium to WIPP before; it is on the surface. And I believe they have more plutonium ready to ship,” Clements said.

And there are plans for more, whether or not the MOXX proposal happens:

Jim Giusti, the DOE spokesman for the Savannah River Site, confirmed that Savannah does still have a small amount of plutonium at their site for shipment, waiting for WIPP to reopen. 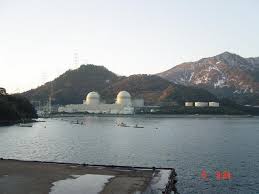 A Japanese court on Tuesday issued an injunction to prevent the restart of two reactors citing safety concerns, in a blow to Prime Minister Shinzo Abe’s push to return to atomic energy four years after the Fukushima crisis.

It is the second court ruling in less than a year against reactors operated by Kansai Electric Power, the country’s most nuclear-reliant utility before Fukushima.

The ruling is seen as a major setback to Japan’s nuclear industry:

The ruling is a snub to Japan’s beefed up nuclear safety after Fukushima and threatens to set back government plans to restart reactors deemed safe by the atomic regulator.

Kansai’s reactors, located on the coast of Fukui prefecture in western Japan, have met basic safety regulations set by Japan’s Nuclear Regulatory Agency (NRA) and were expected to be restarted some time this year.

“The fact that the court ruled in favor of the injunction after regulators had already given the go-ahead carries weight and will have an impact,” said Hiroshi Segi, a former judge who is now critical of the judicial system because he feels it is often reluctant to challenge government policy.

The decision constitutes a significant loss for Kansai Electric:

Kansai Electric said it would appeal the decision, but it could mean months, even years of delays and hundreds of millions of dollars in losses for the utility, which is about to report a fourth annual loss since Fukushima.

More legal actions are pending against the industry:

Judges are now considering injunctions that could halt the restarts and indefinitely extend the countrywide shutdown of Japan’s 43 operable reactors.

A ruling on a similar injunction against a Kyushu Electric Power Co plant in southern Japan is scheduled for April 22. Kyushu Electric’s Sendai station is “very close” to being approved for restart, an official at the regulator told Reuters last week.